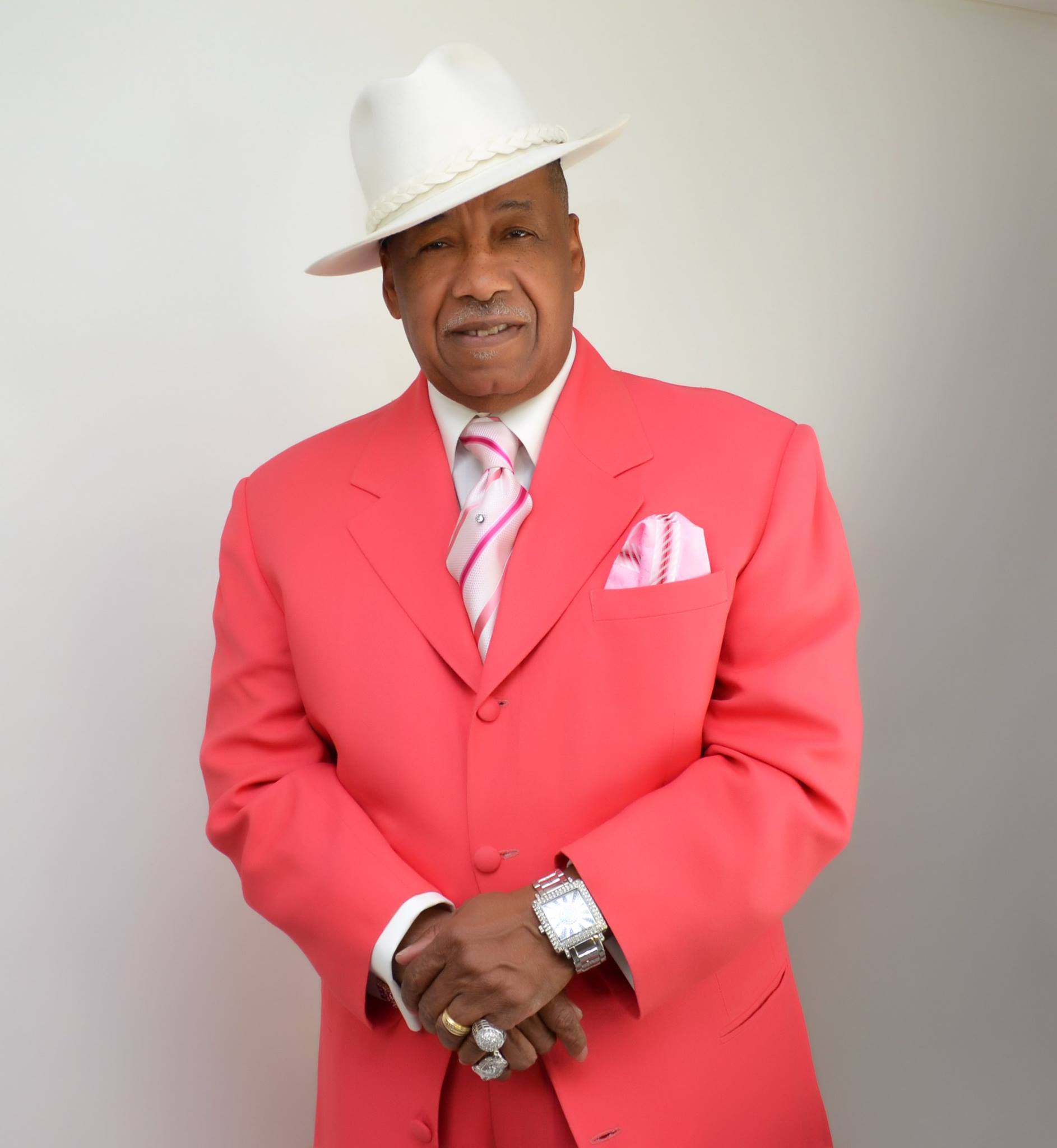 Marshall Thompson grew up on Chicago’s South Side. As a child, he played his snare drum on the corner of 47th Street and St. Lawrence Avenue, thus beginning a lifelong love of music.

Growing up, Thompson would try to sneak into the Regal Theater only to be thrown out. He persisted, landing a job in 1960 as the house drummer for the Regal Theater and even performing as backup for Gladys Knight in 1967. In 1960, he and other musicians formed the Chi-Lites. Initially, the group’s name was the Hi-Lites. They soon achieved notoriety with half a dozen singles issued on the local Dakar and Ja-Wes labels. Because their name conflicted with that of another local group, they changed their name, aligning themselves with Chicago.

The group’s greatest fame came during the early 1970s. They were one of the few groups of the period to have not come from Memphis or Philadelphia. They were led by Eugene Record, and scored eleven Top Ten R&B hits from 1969 to 1974.

The group was formed at Hyde Park High School in Chicago in the late 1950s as the Chanteurs (Eugene Record, Robert “Squirrel” Lester, and Clarence Johnson). They later teamed up with Marshall Thompson and Creadel “Red” Jones of the Desideros to form the Hi-lites. Noting that the name Hi-lites was already in use, and wishing to add a tribute to their home town of Chicago, they changed their name to “The Chi-Lites” in 1964. Clarence Johnson left later that year, and their name was subsequently shortened to the Chi-Lites. Eugene Record was the musical group’s primary songwriter and lead singer, though he frequently collaborated with others, including Barbara Acklin.

Their major hits came in 1971 and 1972, “Have You Seen Her” and “Oh Girl”, the latter becoming a #1 single on the Billboard Hot 100 on 27 May 1972. Each sold over one million copies and was awarded a gold disc by the RIAA. Other transatlantic chart hits followed, although their output became more fragmented as the group’s personnel came and went. Bass singer Jones left in 1973, and was replaced in quick succession by Stanley Anderson, Willie Kensey, and then Doc Roberson. Shortly thereafter, Eugene Record left, and David Scott and Danny Johnson entered. More personnel changes ensued, when Johnson was replaced by Vandy Hampton in 1977. The Chi-lites cut some tracks for the Inphasion label in 1979, which appeared on an obscure album for the Excello label.

In 1980, the mid-1960s quartet of Record, Thompson, Jones, and Lester re-formed the Chi-lites. Creadel Jones left for a second time in 1982, and the group would remain a trio. In 1983, the group released the critically acclaimed Bottoms Up album and achieved notable club and R&B chart success with the title track and “Changing For You.” Released on LARC Records, the album was also released in the UK on the R&B label under the distribution wing of PRT. “Changing For You” album version was released in the UK as a 12″ single which became popular in London clubs including Flicks in Dartford and The Goldmine in Canvey Island. “Changing For You” also remained on the Caister Weekender playlist for two years. “Changing For You” and the title track “Bottoms Up” were heavily played and promoted by UK Jazz Funk Soul DJ Robbie Vincent. An edited version of “Changing For You” entered the UK Charts and reached #61. Record left again in 1988, and new lead Frank Reed joined to replace him. Singer Anthony Reynard Watson replaced Reed later that year and the duty of lead vocals would alternate between Reed and Watson over the course of the next decade. (Lester took over singing lead on “Oh Girl”, while Watson led on their other songs).

In 1997, while returning home from a concert in Pennsylvania, the Chi-Lites were involved in a serious car crash which resulted in both Reed and Thompson’s wife Constance being ejected from the vehicle. Constance died from her injuries and Reed had to have a metal plate inserted in his back. “Hold On to Your Dreams” was included on the Help Wanted (Heroes are in Short Supply) album in Constance’s honor. Reed was subsequently replaced once again by Watson until Watson’s permanent departure in 2002.