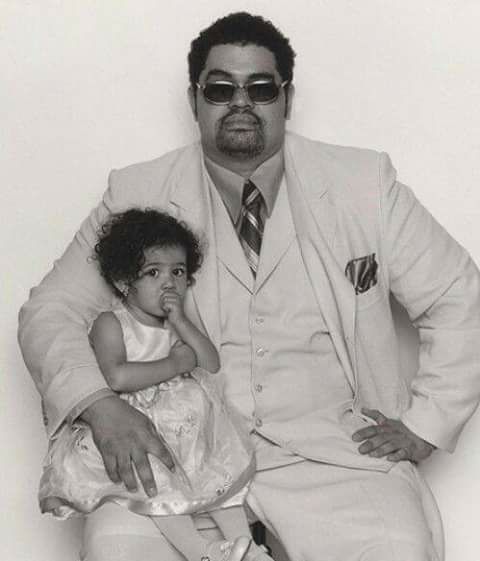 Heavy D was born on this date in 1967. He was an African American Hip Hop/Rap artist.
Born Dwight Arrington Myers in Mandeville, Jamaica, the son of Eulahlee Lee, a nurse, and Clifford Vincent Myers, a machine technician. His family moved to Mount Vernon, New York, US in the early 1970s. In 1987, Heavy D & The Boyz, the group that he fronted, was the first act signed to Uptown Records, the record company started by Andre Harrell. The group enjoyed widespread fame in the early 1990s, and scored prominent cameos on hit songs with Michael Jackson and Janet Jackson. Heavy D also appeared on the theme songs for the popular sketch comedy shows “In Living Color” and “MadTV,” and later went on to run Uptown, the record label on which he’d spent much of his career.
But tragedy found the group at the beginning of its commercial success. Troy Dixon, a member of the group known as Trouble T Roy, died in an accident after a show when he fell from an exit ramp. Dixon’s death was the inspiration for Pete Rock & C.L. Smooth’s “They Reminisce Over You (T.R.O.Y.).” Heavy D was name-checked on the Notorious B.I.G.’s first hit single, “Juicy,” in which Biggie Smalls remembered growing up and wanting the kind of fame enjoyed by rap pioneers like Heavy D and Salt ‘N Pepa. A young Biggie Smalls appeared on Heavy D’s 1992 album “Blue Funk.” Heavy D, the rapper whose real name is Dwight Arrington Myers, is dead at the young age of 44.
He was known for heavyset physique, his dancing and tongue-twisting rhymes. Beverly Hills police told the Associated Press that Heavy D died in a Los Angeles hospital November 8th 2011 after collapsing at his condominium building. Heavy D’s death came almost a month after a comeback performance at the 2011 BET Hip-Hop Awards, when he performed a medley of his best-known singles, among them “Nuttin’ But Love,” “Is It Good to You” and “Now That We Found Love.” On Twitter, he was known for posting affirming messages. His final tweet appeared early the morning he died.
Written by Dianne Washington