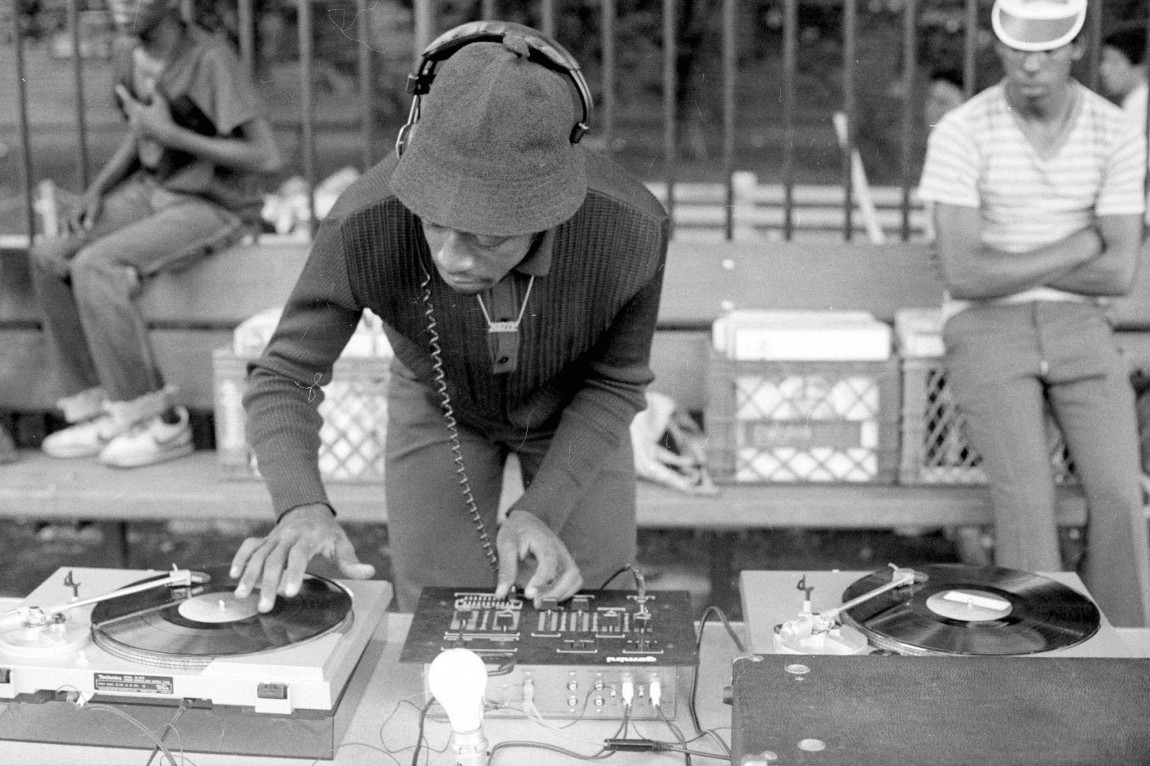 It is most definitely safe to say that from the beginning of hip hop’s existence in the world, the DJ is the most important person when it comes to hip hop. For the past 40 plus years, the world has seen hip hop evolved along with the DJ. The world has seen so many DJ’s from all over the world, rocking on the 1’s and 2’s, and not only just spinning hip hop joints but other forms and types of music as well. DJ’s of all ages, shapes, sizes, man or woman. The DJ is the one who is responsible for providing the people good times and good music. The DJ is responsible for not only making sure people have a good time but they also gave birth to breakdancers and producers as well. Way back in 1973, there was a guy who moved here in the South Bronx all the way from Jamaica with his parents. He decided to throw a block party that happened on August 11th. This guy is not only started something brand new but he pioneered a new style too. His name is DJ Kool Herc aka The Father of Hip Hop. Hip hop’s very first DJ and the first to develop the mixing back and forth technique, which is what we call the cross fade today. The technique was created to extend the instrumental long enough to keep people dancing. That segment is also called the Break. This is where the birth of the breakdancer happens. The breakdancers come in and dance while the DJ does the break. All throughout the 70’s, other DJ’s became popular as well. Afrika Bambaataa, who is responsible for the Universal Zulu Nation. A group he created to help spread and introduce hip hop everywhere else. Grandmaster Flash, another early hip hop pioneer who invented the back spin and the punch phrasing. The back spin technique was created to extend the popular drum breaks on a song and constantly replaying it on one copy and then playing it again while it’s cued up on the extra copy being used on the turntable deck. The punch theory is used to isolate short parts in a song and rhythmically using them over a beat. Grandmaster Flash also created a popular hip hop group that we all know today as Grandmaster Flash and The Furious Five. The members are Cowboy, Melle Mel, and The Kidd Creole. Another pioneer during the 70’s is Grand Wizard Theodore. He invented the scratching technique, accidentally. He was also given credit for his needle dropping technique as well and then there is Grandmaster Flowers. Another early pioneer in hip hop as well. Many have debated over whether or not it was Flowers or Kool Herc who pioneered hip hop culture. Flowers is a pioneer from Brooklyn who also threw block parties but he included the disco and funk scene in his parties and even did a show with James Brown. Although, Flowers is not someone who a lot of people really know about because he never continued on with his legacy and the others who came along at the time were way more popular. For the past 40 plus years since the early days of hip hop, there has tremendous amounts of amazing DJ’s to come from all over and even use the same techniques that were created by the pioneers we all know and respect. The incredible talents of other DJ’s that we have seen in hip hop over the years has brought us many different styles of DJ’s because of where they come from and what style was in their music. Whether they were producers like Prince Paul, Timbaland, Marley Marl, or Kay Gee, whether they were in a group like DJ Scratch, Terminator X, Ali Shaheed Muhammad, or Jam Master Jay, radio DJ’s like Funkmaster Flex, Kool DJ Red Alert, DJ Hollywood, or DJ Envy, mixtape DJ’s like DJ Clue or S&S, and there are women who are also a big part of this as well like Jazzy Joyce or Spinderella. Hip hop DJ’s had evolved into new levels and heights that helped reinvent the culture almost all the time. Even with the technological advancements, DJ has become both easier and harder depending on the person behind the equipment. Overall, the DJ is the most Important in hip hop. Without them, there’s no music. If there’s no music, there’s no parties, no nothing. Happy National DJ Day and salute to all of the DJ’s everywhere rocking on the 1’s & 2’s.